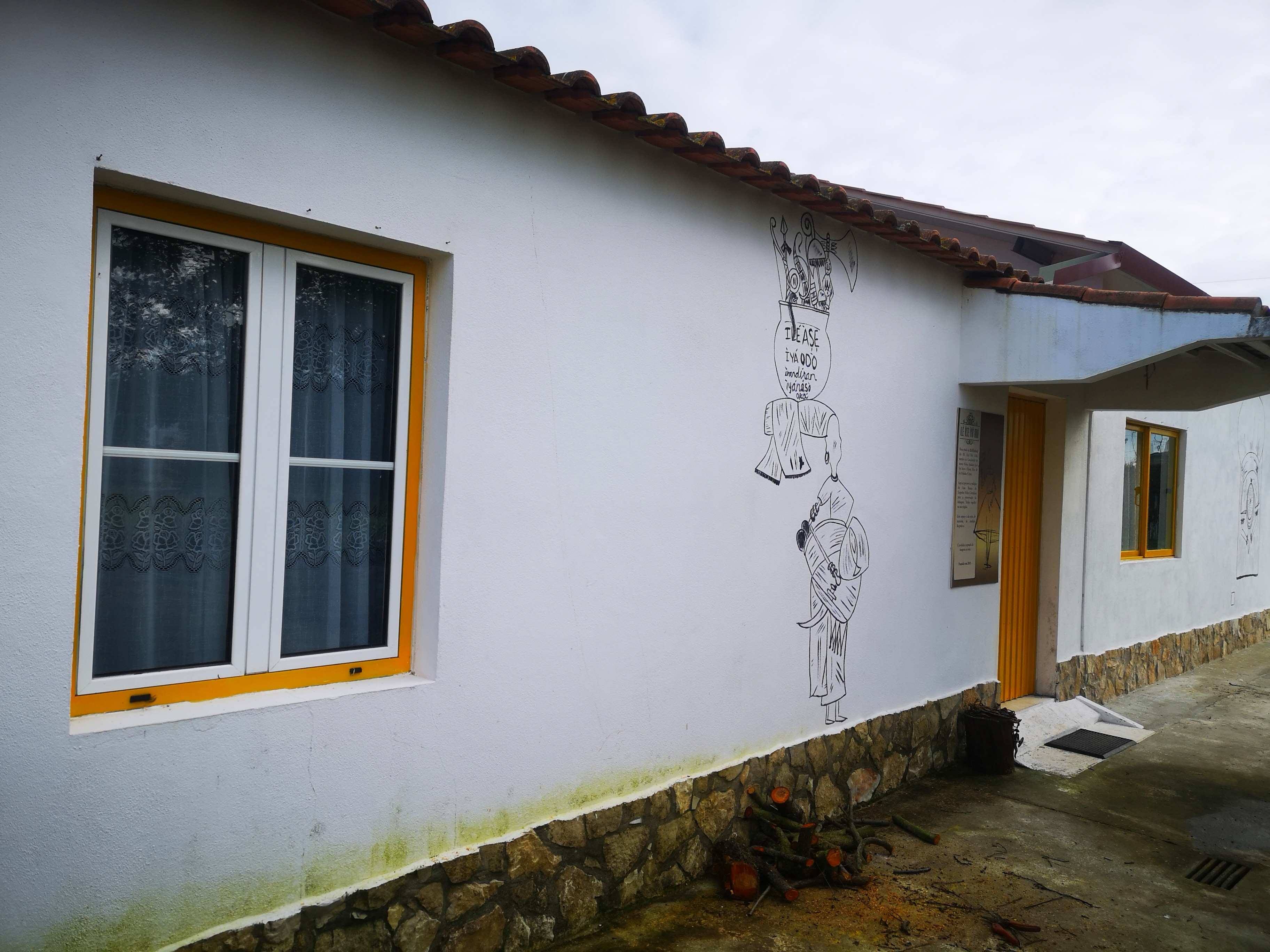 The White House of the Old Sesmaria (1)

The number 28 in Primavera (Spring) Street is located in an ancient royal hunt area known as Coutada Velha, in the village of Benavente, 40 mn distant from Lisbon. The place holds 10.000 m2 and the sacralization of spaces began in 2006 and now are composed by the temple itself, the Ilé Fóribalẹ̀, Oshun Shrine, Ogun Shrine, Oshun’s lake (the Omi-Adagun Ọ̀ṣun), what we called ‘the Vodun small village’ where is located the small lake of Nana Burunke, the bamboo area of Oyá-Yasan, the Ancestors shrine (ilé Igbalé), the fountain of Yemanja (Orisun Omi Yèmọnjá) and the various sacred trees.

(1) Sesmaria is a medieval system of distribution of lands for agriculture proposes.

The temple’s regents are: Oshun, goddess of sweet and fertile waters, of love and femininity. Oshun is the owner of the house; Oshoosi, the feeder-god, the hunter who feeds is village and family, lord of welfare; Oshogian, the young god of war, lord of the yams and revolutions; Oyá, the goddess of wind, storms, sensuality and the Niger river; Ogun, the blacksmith, god of iron and technology.

The values and rules

In the Ilê Ashé Iyá Odô (the temple of the mother of the river) the Candomblé is considered a universal religion, despite its African roots. The transatlantic process produced many changes in Orishas and Voduns, making them Atlantic gods. For that reason, Candomblé is no longer a religion exclusively of slaves and decedents.

However, Candomblé is for everyone, but not every is for Candomblé. First, because to belong to Candomblé means accepting a cultural and religious dimension wherein the collective is largely important than the self. In Candomblé the ubuntu principle is deeply present: I am because we are.

Belonging to Candomblé means accepting, also, a social dimension wherein hierarchy is deeply embodied, relating position-power-knowledge-access to rituals. Thus, in Candomblé is the position in the hierarchy and not the economic status that determines the situation in the community.

Distinguishing by gender, sexuality, economic situation, ethnic origin, nationality or age is not applied in our community. Hierarchy makes the inside condition. That doesn’t mean forgetting the welcome principle. A Hug is always here for those who are coming.

In Candomblé the humility is considered to be the highest value to achieve spiritual learning and growing. For that reason, humility means accepting that everything in Candomblé comes with time. No one is born a master and learning demands for patience, accepting tasks and self-position in the hierarchy. One that accepts its neophyte position will become a wise elder. It doesn’t matter reading thousands of books without the practical knowledge and humility. Google knowledge holds no value in Candomblé.